Coexistence of the Brotherhoods of the Morning 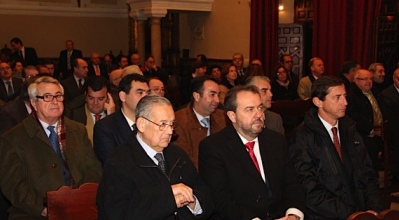 The Brotherhood of Silence hosted the Wednesday, January 18, the coexistence of the brotherhoods in the morning on Friday, which took place in the canon of the Corporation headquarters, the Royal Church of San Antonio Abad, in which was represented our Brotherhood by Big Brother and the Governing Board

The event began with the celebration of Holy Mass, presided by the Most Illustrious Mr. D. Antonio Maria Calero de los Rios, S.D.B. who in the end gave the interesting paper entitled “Lay, sororities and New Evangelization.” In conclusion, the Corporations Act held this fraternal remained lively moments of conviviality.