The Band of Bugles and Drums of the Century Macarena in the gardens of the Buhaira. 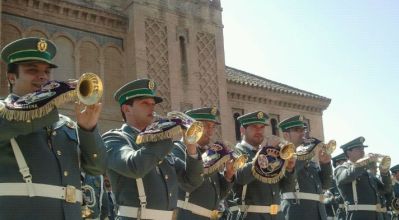 On Sunday 11 March, the band of trumpets and drums of the Century Macarenaparticipated in the contest “Band twentieth anniversary of the Cristo de la Sangre”, a musical group that came on the evening of Holy Tuesday the Brotherhood of St. Benedict. This event took place in the Gardens of the Buhaira, in a friendly and brotherlyatmosphere. During the same Macarenos the sounds that were alternating their classicmarches with other interpretations of recent creation, were flooding the space andenrapturing all who participated in this act of solidarity, which rewarded the componentsof the Band of the Century with thunderous applause after the masterful performances of his musical composition.