The Band of the Century, the Brotherhood of the Star 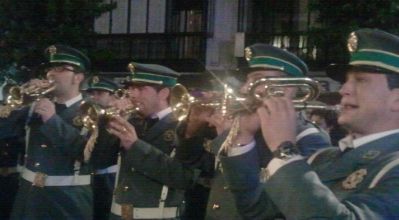 On the night of March 24, the Band of Bugles and Drums of theCenturia Romana Macarena gave a magnificent concert in the beloved Brotherhood of the Star. After two separate offeringsflowers to the Holders of the brotherhood Triana, our banddelighted the audience with the best of his repertoire, whichincluded several compositions dedicated to the belovedcorporation San Jacinto Street. The Brotherhood was representedby the Steward of Our Lady of Hope, Pedro Jimenez Bohorquez.