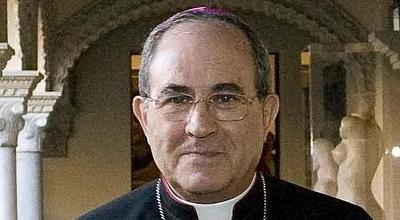 ALARMING TO THE INCREASE OF VIOLENCE AGAINST WOMEN

The dramatic growth of domestic violence, which has been recorded in recent years in Spain, in Andalusia and Seville, underlines the urgency of responding to the call that we did Pope John Paul II, during the Fourth World Conference on Women held in Beijing in 1995: “On the eve of the third millennium we can not remain indifferent and resigned before this phenomenon. It is time to condemn vigorously, using the appropriate legislative means of defense, the forms of violence often are intended for women. “

As noted by the Pope, who views the world and its sufferings with the eyes of the Gospel can not remain oblivious to the increase of violence occurring in the family, which affects the elderly and the unborn, but also focuses so not marginal, with battered women. In the latter case, the violence is exercised as a means of controlling spouse, through fear and intimidation, including emotional and psychological abuse, beatings and sexual assault, reaching, as we show chronicles events media, to terrible killings culminating in the suicide or harming the aggressor himself.

Studies have been conducted on this issue demonstrate that domestic violence occurs in families of all income levels and education, and has difficult to predict, since violence is normally exercised in the privacy of homes, where often is wrapped in silence.

As regards the causes of this serious phenomenon, experts argue that a small percentage of cases are due to psychological and physical disorder. In many cases other factors such as alcoholism, drug addiction or precarious employment. Men who abuse their wives tend to be extremely jealous and possessive, and most troubling is that many of them have grown up in homes where violence already exercised. Family therapists say, in effect, that family violence is a learned behavior, transmitted from generation to generation.

In a paper published by the Bishops of the United States says it is also very concerned about the fact that many men who abuse their wives feel justified in acting this way because of a particular culture that advocates the superiority of man over the woman. Perceived abuses in these cases, as a way to channel the problems, tensions and frustrations of the male in a society saturated in violence in movies and on television.

Given this mindset, we must remember with John Paul II in his encyclical Mulieris Dignitatem, that man and woman are human beings with equal dignity, and that both were created in the image of God (n. 6). The mode of action of Christ, exemplified in his encounters with marginalized women, as is the case of the hemorrhage (Mark 5:25-34) or the woman caught in adultery (Jn 8:1-11), also urges us to be about battered women, for which they must claim legal protections.

But the tightening of these measures is not sufficient to safeguard the dignity of women. Therefore, we must make an effort as big as possible, to eradicate the root causes that lead the current increase in cases of domestic violence, which are actually factors of a cultural or ideological. In this sense, should not lose sight of the relationship established by the board of the family ministry of the Church in Spain between violence against women and the sexual revolution, which occurred in Europe in the mid-twentieth century, and largely conforms the way we live now the man-woman (n. 11).

Violence against women, especially if it is exercised within marriage, holds a special moral evil, for love of the husband by the wife should always be a sign of the love of Jesus Christ for his Church. This requires, therefore, a very special love, protection and respect. I conclude my weekly letter inviting welcome with love and help battered women from our parishes and from our Caritas, to accompany from the Diocesan Family Guidance Centers to the marriages in distress and help the couple prepare for marriage genuinely, the best way to forestall indeed this problem. Also invite all members of our diocesan Church to get involved in family ministry and proclamation of the Gospel of the family, which is the source of respect for the dignity of women, love, peace and reconciliation.

To all, my fraternal greeting and my blessing.