They swore the new Brothers of the Macarena 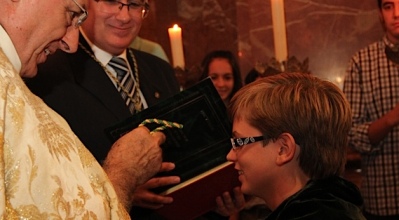 During the celebration of the Year of the Sabatina, which is one of the oldest religions of the Brotherhood, took place on the swearing ceremony of new Brothers and those, which remain, have attained the age of fourteen. After the recitation of the Rosary, the singing of the Salve and prayer dedicated to our deceased brothers, began the oath, blessing and imposition of the medal for him Rector of the Basilica. After the ceremony, the Holy Mass was celebrated.