Concert Band of The Iris “, the city of Almería 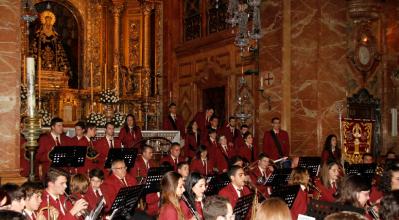 The afternoon of Saturday, November 17 17:30 the Band of “Iris” by the city of Almeria, offered in the Basilica Macarena procession marches concert, whose program was as follows:

The event was attended by the older brother who welcomed the presence of the group in the temple hozo macareno and delivery of a photographic tableau of Our Lady of Hope. The director, after thanking the host that the Brotherhood had to the Band, presented a souvenir to the participation of the Band at the Basilica of the Macarena.