NO Sunday Mass will be broadcast on television 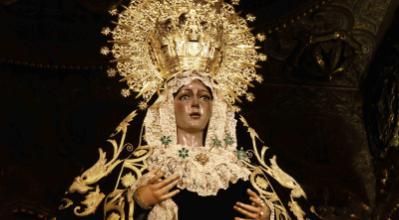 The Catholic Mass chain of television broadcast each Sunday from the Basilica of Santa Maria de la Esperanza Macarena, at 0:15, not be issued because the channel in question will from the Cathedral. During Holy Week the television broadcasts may be altered and again be performed as normal, and as has been so far, in the days and times that are common.