Plaque commemorating the centenary of the Golden Crown 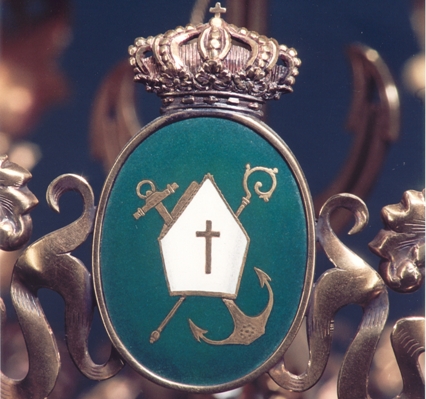 The next day, March 12, at thirteen, will take place in the building that houses the Jewelry Reyes, located street Álvarez Quintero # 14, placing a marble slab on which alludes to the execution of the Golden Crown , imposed on him by Cardinal Almaraz, on March 14, 1913, in an act of popular devotion endearing, as the medal was paid for by neighbors and devotees of the Virgin of San Gil.

The crown was designed by Juan Manuel Rodriguez Ojeda and manufactures in the Jewelry Reyes.