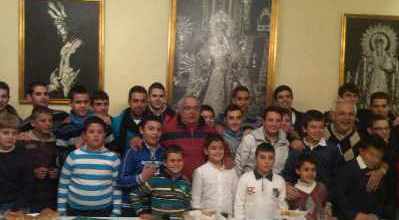 On the night of January 3, was held in the auditorium of the house of brotherhood, coexistence of the traditional components of the Century Youth Band Macarena. The event was attended by parents throughout the year accompany their children in the trials of that musical group.
During the coexistence endorsed fraternal union that its members hold each other and with those involved in preparing musically, always combining training with the devotional, which is none other than the feel and extend the spirit macareno governing our behavior.