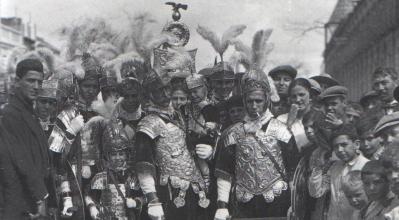 Next Thursday, February 7, at the headquarters of Cruzcampo Foundation, is hosting an intimate act of living with all those brothers who once throughout their life have been fortunate to wear the clothes Armao prized in our Brotherhood.

This initiative, promoted by the very Centuria Juntade and approved by the Government, is developed as emotional recall and recognition to those who planted the foundations of identity that are currently allowed to consider the Macarena Armaos as an exemplary institution not only in the within the Brotherhood, but throughout the city of Seville.

For months, several internal committees of the Arm have been working on the difficult task of locating as many former members and the organization of the event, the result of which will be celebrating this intimate act in which there are various details emotionally with the contents of which will comply with the duty to recognize and fair show of affection toward those who preceded us.